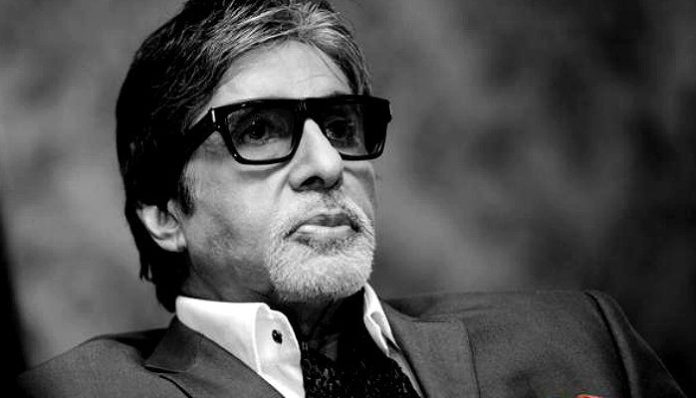 Mumbai, “The city of dreams” is known for its cultural diversity. Now, it is the diversity seen in the culture of the “maximum” city that has helped create a number of popular icons worth admiring. So, be it in the field of art, business, or even sport there have been several individuals who have become “iconic figures” for the people of Mumbai. And so, here is presenting a list of 10 popular icons of the “City that never sleeps”.

“A man with a towering personality and a powerful baritone” would be the best way to describe “Bollywood” megastar Amitabh Bachchan. Having successfully enacted the “Angry Young Man” image for decades now, this actor is definitely one of the biggest icons that the city has ever seen. Apart from powerful and intense performances in movies such as Don, Zanjeer etc, the fact that he has hardly ever courted unnecessary controversy is also what makes this charismatic star a “reverential” icon for Mumbai city. With filmmakers still casting him in movies today, it is certain that this “Shahenshah of Bollywood” shall always remain an “icon to remember” for the people of Mumbai.

Belonging to the powerful Mumbai based business family “Tata” is suave businessman Ratan. Adopted by parents Naval and Sonoo, he was first made chairman of the Tata Group in the year 1991. During his tenure as Chairman lasting 21 years, the company is said to have experienced growth about 40 times, and profited more than 50 times. Furthermore, he is also known for some significant philanthropic work in the field of education, medicine, and rural development. Having retired from chairmanship in 2012, Ratan Tata’s legacy not only as a businessman but philanthropist as well, is what makes him a “gem of an icon” for the city of Mumbai.

“Badshah” is the term of endearment given by the media to the charming Bollywood star Shah Rukh Khan. Residing in a palatial like bungalow located in Bandstand in the suburb of Bandra, he is considered to be one of the most popular stars in Bollywood. Known for his unique mannerisms, this star has proven effective as a “chocolaty boy” in a movie like Dilwale Dulhaniya Le Jayenge as well as a baddie in films such as Baazigar and Darr. Above all, it is his impeccable “Public Relation” skill that allows him to be the darling of the masses as well as the classes in the city. With Shah Rukh still going strong, it certainly seems like the magic of this charming Mumbai icon shall not wane, and is here to stay forever.

Considered to be “the most handsome male star in Bollywood” is actor Salman Khan. Armed with a great face and a physique to boot, this star has got a huge following especially among the younger generation in the city. So be it in a romantic role in Hum Aapke Hain Kaun or as a macho man in Karan Arjun he has been widely appreciated by the audiences. The fact that in the last decade or so he has created a charity organization named “Being Human” has only helped him in building up an image of a “star with big heart”. It is eventually this fine balance between a “charming personality” and “philanthropy” that makes this Khan a lovable “icon” of Mumbai.

“Mr Perfectionist” is the sobriquet given to Bollywood star Aamir Khan by the media.  Know for meticulously preparing for his roles, this actor is the son of popular Bollywood producer Tahir Hussain. Having made his debut in 1988 in the movie Qayamat Se Qayamat Tak, this star has gradually built a reputation of being an extremely “methodical” actor. Furthermore, this star is also known for starring in movies such as Rang De Basanti, Taare Zameen Par, and 3 Idiots that are based on social issues. He also hosted a talk show titled “Satyamev Jayate” which dealt with discussing serious social issues that has plagued the country. And so, it is the combination of being a brilliant “method” actor, and a socially conscious human being that makes this star an “icon” that Mumbai loves to admire.

“The God of Cricket” is a term often used by fans and the media alike to describe the Indian batting maestro Sachin Tendulkar. Born in Mumbai it was in school cricket that Tendulkar first made an impact having shared a then world record batting partnership of 664 runs with his childhood buddy Vinod Kambli. He then went on to become one of the greatest cricketers ever to have played the game breaking and creating many records. Furthermore, it was in the year 2012 that he officially became the first batsman to score 100 centuries in international cricket. Having retired in 2013 from all forms of cricket, and being awarded the prestigious Bharat Ratna by the Indian government, this master batsman continues to remain an “icon to remember” for the people of Mumbai city.

“The Little Master” is how Indian cricketing legend Sunil Gavaskar is commonly referred to as. Having entered the Indian cricket team in the early 1970’s when it was trying to find its feet, Gavaskar proved to be a messiah. Scoring heavily against West Indies the best team in the world then, this batting maestro from Mumbai proved to be a real thorn in their flesh. Armed with great technique, patience, and powers of concentration he proved to the world that he definitely was a truly great opening batsman. Furthermore, post retirement he also proved to be a great commentator and columnist due to his excellent command over the English language. And so, it is for his exceptional “batting, commentating, and writing skills” that he continues to be respected as an “icon” of Mumbai.

“The nightingale of India” would be the apt way to describe “Bharat Ratna” Lata Mangeshkar, the singer with a golden voice. Born to a Gomantak Maratha family and residing in Mumbai, Mangeshkar dominated “female playback singing” in the Hindi Film Industry from the 1940’s till about the 1990’s.  In fact, she possessed such a voice that her song “Aye mere watan ke logon” is supposed to have brought the then Indian Prime Minister Jawaharlal Nehru to tears. Furthermore, the fact that over the years she has lent her voice to actresses of all ages only speaks volumes of her endurance as a singer. Even though these days she has completely given up playback singing, it is the evergreen songs that she has sung over the years that has ensured that she remains an “icon” for the people of Mumbai city.

“One of India’s greatest hockey players” would be the ideal way to describe Dhanraj Pillay. A “wizard with a stick”, Pillay a center forward was born in a place called Khadki in Pune, and currently resides in Powai in Mumbai. He made his debut in 1989 and has represented India in four Olympics, World Cups, and Champion Trophies. Furthermore, he earned 339 caps and scored 170 goals. Furthermore, he also played for clubs belonging to Malaysia, France, England, and Germany. Having retired in 2004 he shall always be remembered as an “icon” of maximum city.

“Versatility” is what brilliant female singer Asha Bhosle is renowned for. She also happens to be the sister of the legend Lata Mangeshkar, and so it comes as no surprise that she too has had an outstanding career in the field playback singing. Furthermore, unlike her sister she has experimented with a variety of genres that includes Indian classical music, folk songs, qawwalis, and even pop music. In the year 2011, she entered the “Guinness Book of World Records” for being the most recorded artist in the history of music. Having won the Dadasaheb Phalke Award in 2000 and the Padma Vibhushan in 2008, it is her brilliant voice filled with joy that makes her an “icon” that the city of Mumbai loves to adore.

Sassanian, A Few Key Facts About This Cafe