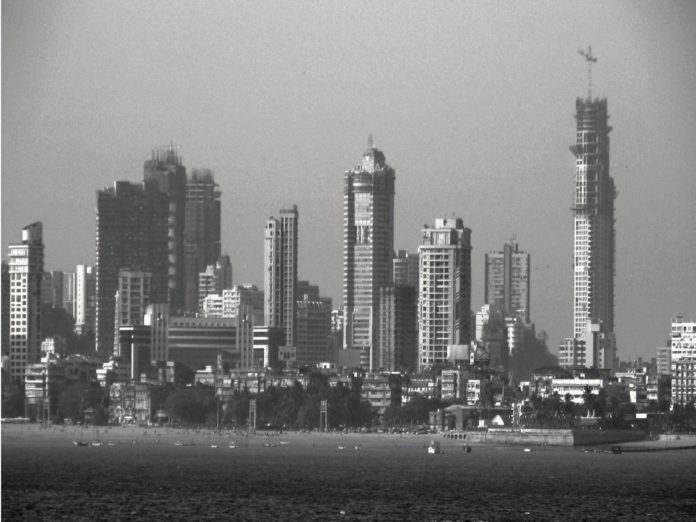 The city of Mumbai for geographical convenience is mainly divided into three sections namely the west, east, and south. Now, the above mentioned three regions comprises of a number of suburbs. A few of them are extremely well known. So, here is presenting a list of 10 popular suburbs in the “city that never sleeps”. They are as follows:

When translated, Andheri a western suburb in Mumbai literally means “darkness”. It is said to possess “one of the busiest railway stations in the country”. Furthermore, it also comprises of the Mumbai Metro station which connects Versova in the west to Ghatkhopar in the east. In addition, this suburb is popular for spots such as Lokhandwala Complex (a residential premise), and SEEPZ (a commercial hub), and Mahakali Caves (Buddhist Caves). This suburb is further divided into east and west by the railway station. So while Andheri (West) belongs to the K/W ward assigned by the Municipal Corporation of Greater Bombay, Andheri (East) belongs to K/E. It is also in this suburb that the Chhatrapati Shivaji International Airport is situated.

Comprising of a population of 513,077 (according to a census conducted in 2010) is a western suburb in Mumbai known as Borivali. Apparently, this suburb was created by fusing together small towns namely Eksar, Poisar, Vazira, Shimpoli, Mandapeshwar, Kanheri, Tulsi, and Magathane. It is also renowned for spots such as the Sanjay Gandhi National Park, Kanheri Caves, and Gorai Beach. In addition, an extremely popular shopping center known as Indraprastha is located in close proximity to the Borivali Railway Station.

Derived from the Urdu word Bandar meaning a “port” is Bandra, a vibrant popular western suburb located in Mumbai. Apparently, this suburb was infiltrated by the Portuguese in the 16th century, which eventually led to a process known as “Christianization” i.e. (conversion into the Catholic faith). Furthermore, this suburb is renowned spots such as Mount Mary Church, Carter Road Promenade, Bandstand Promenade, Hill Road, Linking Road (popular for street stalls), and Bandra Talao/Lake. In addition, this suburb is known to be “home” to popular celebrities such as cricketer Sachin Tendulkar, politicians Priya Dutt and BJP (Bhartiya Janta Party) president Ashish Shelar, and “Bollywood” stars such as Shah Rukh Khan and Salman Khan.

Considered to be “one of the most affluent suburbs in Mumbai” is Juhu. This suburb is surrounded by the Arabian Sea in the west. Furthermore, it is also renowned for Juhu Beach, which is visited in large numbers especially during the weekends. In addition, this suburb is popular for the famous ISKCON Temple which is visited by thousands of pilgrims especially during festive occasions. The popular “Prithvi Theater” built by “Bollywood” superstar Shashi Kapoor and his wife Jennifer Kapoor is also located in this suburb. This theater is basically known for hosting experimental plays, a great café, and a wonderful bookshop. At this theater a one week festival is organized every year.

“Ten hamlets” is the literal translation of Dahisar, a suburb located in the north of Mumbai. The small towns that have been used to create this suburb include Gaothan, Kandarpada, Navagaon, Ovaripada, Ghartanpada, Ketakipada, Rawalpada, Dahivali, Bhagalipada, and Wadarypada. Furthermore, this suburb is known for a few landmark spots such as Dahisar Bridge, Dahisar Talao, Macchi/Fish Market, Dahisar Sports Foundation, Movigem Theater, and the Dahisar Subway.

Comprising of the “Pahadi, Aarey, and Eksar” villages is a western Mumbai suburb known as Goregaon. It is renowned for possessing a film studio in Filmistan and a film complex in Film City. Furthermore, a popular temple known as Krishna Vatika Mandir dedicated to “Lord Krishna and Radha” is situated at this suburb. In addition, the Oberoi mall, and the Westin Hotel is also located in Goregaon.  The “Aarey Milk Colony” in which milk products are processed and marketed is also situated in this suburb.

Located in eastern Mumbai is a suburb known as Ghatkopar. During the 1920’s and 30’s this suburb was a charming village. Furthermore, the word “Ghatkopar” was derived since this suburb is surrounded by many “Ghats. In addition, the Ghatkopar local railway station is connected to “Mumbai Metro” via a skywalk. This suburb is also known for a few popular shopping centers such as R-City and Phoenix mall.  A temple known as “Sarvodaya” in Ghatkopar West is also extremely popular.

“Ladder” is the literal translation of Dadar, a suburb located in southern part of Mumbai. Furthermore, it is known for a vegetable market that is located in close proximity to the railway station. In addition, this suburb is known for a number of children and women’s clothing shops.  A number of renowned jewellery shops can also be seen at this suburb. It is also renowned for “Shivaji Park”, a recreational hotspot renowned for producing Indian cricketing legends such as Sachin Tendulkar and Sunil Gavaskar.

Earlier known as “Colio” is a suburb located in South Mumbai known as Colaba. Historically speaking, this suburb basically comprised of two small islands namely Colaba and little Colaba. Furthermore, landmarks such as Gateway of India, Regal cinema, restaurants such as Leopold’s and Mondegar, and the famous Taj Mahal Hotel are located in this suburb. In addition, the Chruchgate and the Chhatrapati Shivaji Terminus railway stations are situated in close proximity to this suburb.

“A village at the foothill of a mountain” is the literal translation of Girgaum a suburb located in the South of Mumbai. Furthermore, people belonging to varied communities such as Gujarati, Konkani, Jain, Marwaris, Christians etc reside in this area. The Hindu festival of Ganesh Chaturthi is also celebrated in a big way in this suburb especially at the Chowpatty Beach. In addition, this suburb is famous for an area known as “kotachiwadi”, which is known for houses built using Portuguese architecture.

Things About Marine Drive You Need To Know

Do You Know What Makes Bandstand Popular?