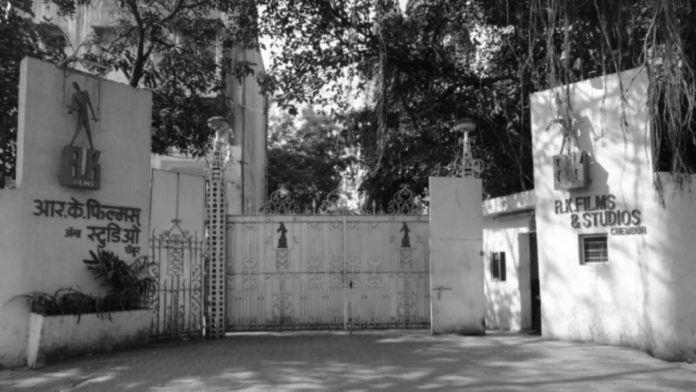 Feature films have for years been an integral part of the culture of Mumbai city. So, be it Hindi (i.e. Bollywood) or the local Marathi films, many of them have been shot within the confines of film studios over the years. So, here is then presenting an exclusive list of ‘5 Studios’ in the ‘City that never sleeps’  which over the years have proven to be extremely popular.

‘1934’ is the year in which the film studio Bombay Talkies was first established. It was founded by Himanshu Rai and Devika Rani. Furthermore, actor Ashok Kumar acted in films produced by this studio till about 1943. In addition, this studio during its early days was renowned for producing the controversial movie ‘Achhut Kanya’, a love story between  an untouchable girl and boy from higher caste. However, it is after the death of Rai that this studio gradually fell apart. It is therefore production of movies way ahead of its time that makes Bombay Talkies, one of Mumbai’s popular film studios.

‘An integrated film studio complex’ is the best way to describe Film City. Located near the Sanjay Gandhi National Park area in Goregaon,  this studio is an extremely popular shooting location. It was constructed in 1977 by the state government to provide the film industry with good shooting facilities. Furthermore, it was V Shantaram’s vision and inspiration that led to the development of this studio. In addition, it was  in 2014 that the Maharashtra Tourism Board introduced to the public a tour of this studio costing about Rs 499 for a ticket. And so, with movies still being shot at Film City, it would be safe to say that it is indeed one of Mumbai’s popular film studios.

Established in 1943 by Shashadar Mukherjee is the Filmistan Studio. It is located in Goregaon, and is spread over a land of 5 acres. Furthermore, it was in 1948 that director and producer Nasir Hussain joined this studio as a writer, and wrote the story/screenplay of successful movies such as Anarkali, Munimji and Paying Guest. However, it was in 1958 that Mukherjee left this studio to start Filmalaya. It was eventually in 1964 that this studio produced one of its last film titled ‘Dooj Ka Chand’. With the studio now serving as a location for film shoots, it certainly remains one of Mumbai’s popular film studios.

It was in 1954 that producer Mehboob Khan established the Mehboob Studio in the suburb of Bandra. It is spread over a land measuring 20,000 square yards and consists of five shooting stages. Furthermore, this studio gained popularity when directors such as Guru Dutt and Dev as well as Chetan Anand began making movies under its tutelage. It was also used frequently by director Manmohan Desai. With the studio having made some great movies such as Hum Dono and Guide, it certainly is and shall always remain one of Mumbai’s popular film studios.

Founded by and named after the ‘Showman of Hindi cinema’ Mr. Raj Kapoor, is a studio known as RK. Located in the suburb of Chembur, this studio was established in 1948 in post independent India. However, the studio began on a rather low note with the movie Aag failing at the box office. It gradually tasted success with subsequent movies such as Barsaat, Awara, and Shri 420. Eventually though, it did become one of the most reputed banners in the Hindi film industry. Having stopped producing films in the 90’s, RK studio is definitely one of Mumbai’s popular as well as iconic film studios.

Fascinating Facts About The Parsi Tower of Silence