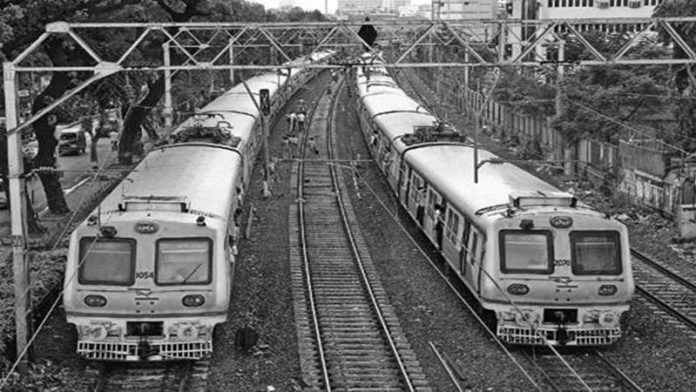 ‘City of Dreams’ is the sobriquet given to Mumbai. The reason for this clearly, is the fact that this cosmopolitan city is the financial hub of India. However, it is also renowned for its rich, diverse, and magical culture. So, powerful is the cultural and social fabric of this city, that it is capable of mesmerizing and transforming your life. Now, the question to be asked is, what are those things seen in Mumbai that can change an individual’s life? The answer to this question then is given below.

‘Hustle and Bustle’ is what one usually observes  at any of the Mumbai Local Railway Stations. These local trains are essentially the ‘lifeline’ of this ‘City That Never Sleeps’. They are also the most ‘cheapest and effective’ mode of transport in the city. Furthermore, travelling in these jam packed trains (on weekdays especially), is like a ‘gym work out without having to going to one’. It also shows us how life in Mumbai is always ‘On The Go’, and how every second saved is worth its weight in gold. Above all though, the amazing feature of these local train services are, that they connect 7.2 million commuters daily across the city, that too on time generally.

2.  DDLJ At Maratha Mandir, A Landmark Movie In Mumbai:

‘1012’ is the number of weeks that the, 1995 Shah Rukh Khan movie Dilwale Dulhaiya Le Jayenge (DDLJ) completed on 19th February 2018, at the Maratha Mandir cinema hall in Mumbai Central. In a city, which is home to ‘Bollywood’ (Hindi Film Industry) which produces 1000 movies a year, the longevity of this romantic saga is extremely unique. What is even more surprising that even today, it attracts a fairly large audience who continue to ‘whistle’ and mouth dialogues they have seen on television many times over. It only illustrates the kind of love for ‘Bollywood’ and its stars that exists in ‘Maximum City’.

3. Cricket In The Maidans, A Religion In Mumbai:

‘Religion’ is what this British game of ‘Cricket’ means for the majority of people living in ‘Maximum City’. It is from the ‘dust’ of open grounds (called maidans) located in this city, that great Indian cricketers like Sunil Gavaskar and Sachin Tendulkar have ‘risen like phoenixes’. Even today this tradition continues with inter-school, collegiate, and local cricket club tournaments being played on ‘Maidans’ such as Oval, Cross, and Shivaji Park. In other words, ‘Maidan Cricket in Mumbai’ serves as the ‘cradle’ for Indian Cricket in which talented rookies are nurtured to become the future Indian cricketing idol. It (i.e. cricket on maidans) also is a sight which immortally binds, the ‘Gentleman’s Game’ to the rich and diverse social fabric of ‘Maximum City’.

4. The Kolis, Native Community Of Mumbai:

‘Fishing’ is the primary occupation of the native community residing in this city known as the ‘Koli’. Historically speaking, the name of the city itself was coined by this community from the words ‘Mumba’ (a Hindu Goddess) and ‘Ai’ which mean ‘Mother’ in Marathi. This community is extremely distinctive and possesses their own way of dressing, food, and lifestyle. In addition, this community are for unique style of ‘singing and dancing’. They are also emotionally volatile individuals, who provide the ‘City of Dreams’ not only with an unique flavour but also, quality supply of fish.

5.  Ganpati Bappa In Mumbai, A Festival To Remember:

If you have not heard of a festival known as Ganesh Chaturthi celebrated in Maximum City, then it is time to experience it first hand. It usually is celebrated either in August or in September. Furthermore, this festival lasts from about two days to about 11 days. It is during this period, that the city is completely filled with a vibrant and pious energy. Colourful Ganpati public pandals organized all across the city are visited by thousands of ‘Mumbaikars’. In addition, idols of Lord Ganesh are also brought home. In other words, this unique festival in the space of 11 days ensures that there is a lot of ‘Joy and Shor in the City’.