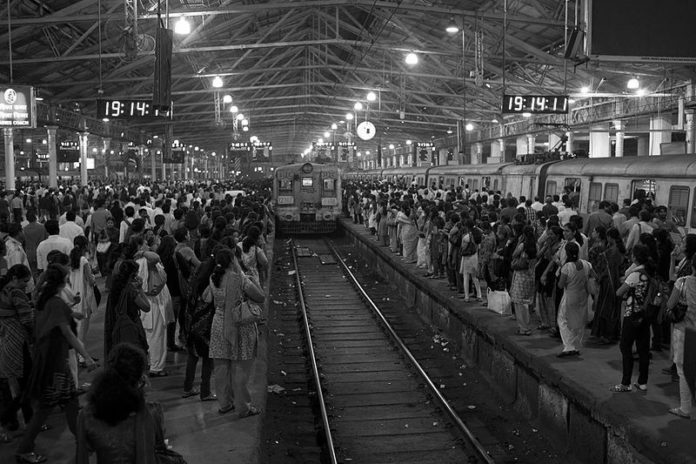 “A city that never sleeps” is a sobriquet given to the city of Mumbai (earlier known as Bombay) the capital of the Indian state of Maharashtra. Considered to be one of the “most populated city in India” it lies on the western coast of the country alongside the Arabian Sea. According to the Census conducted in 2011, this city comprised of population of about 12.4 million people. Furthermore, it was also named “alpha world city” in the year 2008. And so, since Mumbai is an extremely important city in India, there are a few important facts about it that one needs to know. They are as follows:

a. The rich early history of Maximum City:

The word “Mumbai” has apparently been obtained from the word “Mumba” representing Goddess Mumbadevi, who was worshipped by locals belonging to the Agri, Kohli, and Somvanshi communities. Historically speaking, this extremely vibrant city was built on “seven islands”. These islands include Isle of Bombay, Parel, Mazagaon, Mahim, Colaba, Worli, and Old Woman’s Island. It was during the 3rd century BC that the seven islands belonged to the “Maurya Empire” under the reign of the Buddhist King Ashoka of Magadha. The best examples of the presence of Buddhism in the city (seen even today) are represented by the Mahakali Caves situated in the suburb of Andheri, and the Kanheri Caves located in suburb of Borivali within the premise of the Sanjay Gandhi National Park.

b. The “Portuguese”, and “English” influence on the history of the Maximum City:

It was during the mid 16th century that the Mughal Empire had tightened its grip over the entire Indian subcontinent. It was out of fear for the Mughal Empire led by Humayun that Sultan Bahadur Shah of Gujarat signed the “Treaty Bassein” with the Portuguese. Now, according to this treaty the “Seven islands” i.e. Mumbai along with a town known as “Bassein” was to be handed over to the Portuguese. It was during the rule of Portuguese then that “Christianity” first began to spread within the maximum city. It was also during this period that many famous churches such as St Michael’s Church Mahim, St John the Baptist Church Andheri, and St Andrew’s Church Bandra were constructed.

It was eventually during the 17th century that the British first made its presence felt in India. It was on 11th May 1661 that a marriage treaty was signed between Charles II of England and Catherine of Braganza daughter of King John IV of Portugal. As per this treaty which was a form of dowry, the seven islands of Mumbai officially became the property of the British. It was eventually on 27th March 1668 according to the Royal Charter that the seven islands were leased out to British East India Company.

c. The Maximum City serving as the “melting pot” for migrants:

It was during the late 18th and early 19th century that the maximum city gradually began to be known as a “melting pot” for migrants belonging to other parts of the country.  The migration during this period mainly occurred from the state of Gujarat. The migrant mainly included Gujarati banias (i.e. a merchant community), Parsis, and Muslims. In fact, the British encouraged merchants and small time traders to establish business in the city of Mumbai. In addition, the decision by the British to exempt “import and export taxes” in the maximum city is what helped encourage migration of especially small time traders from Gujarat from the city. It was post independence that the city saw migration increase especially from states such as Goa, Kerala, Karnataka etc. Furthermore, it was during the early 1990’s that the maximum city witnessed an increase in migration from states up north such as Uttar Pradesh and Bihar.

d. The role of  Maximum City as the financial lifeline of  India:

About 6.16% of India’s GDP (Gross Domestic Product) is generated by maximum city, a statistic that clearly indicates why it is the lifeline of the country’s economy. Due to the presence of a number of large and small scale industries, this city supposedly contributes to about 10% of factory employment and 25% of industrial output. During the 1970’s it was mainly the textile mills that generated a lot of revenue that in turn boosted the economy of the city. However, since 1991 when the then Indian government “liberalized” the economy, the industries generating revenue for maximum city have diversified, and include finance, engineering, healthcare, and information and technology. This city also possesses a large recycling industry located in Dharavi that comprises of about 1,500 single room factories.

e. The connection between “Bollywood” and glamour in the Maximum City:

It is the “Hindi Film Industry” operating from maximum city that has been named by the media (inspired from the word Hollywood) as Bollywood. It is considered to be the “World’s largest film industry” producing about 2000 feature films a year, and represents about 43% of the box office revenue generated by all Indian films. Adding glamour to this industry are the presence global male stars such as Aamir Khan, Shah Rukh Khan, Amitabh Bachchan, Salman Khan, Ranbir Kapoor, Ranveer Singh, Akshay Kumar, Ajay Devgn etc. In addition, beautiful star actresses such as Deepika Padukone, Anushka Sharma, Vidya Balan, Priyanka Chopra, Katrina Kaif, Kareena Kapoor etc have over the years also added to the glamour quotient within the industry.

And thus, it is simply due to the facts mentioned above in the essay that I genuinely believe Mumbai provides an individual with opportunities to move up in life, and thereby is worthy of being called “The city of dreams”.