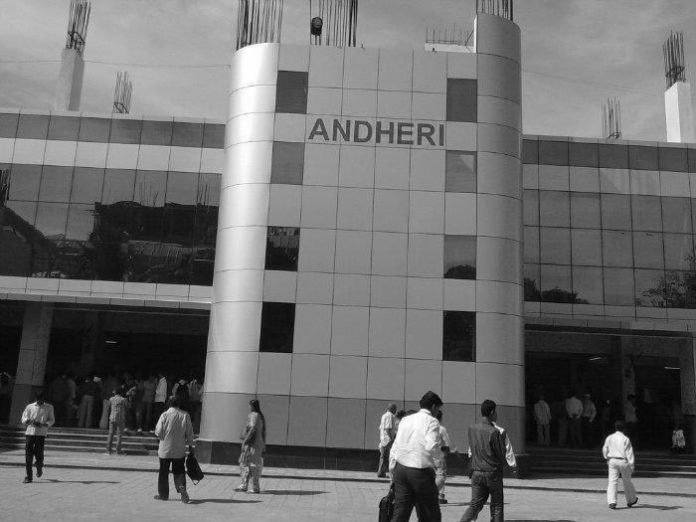 Located on the Salsette Island in Mumbai is a suburb known as Andheri.  Furthermore, it is the railway station that divides this suburb into east and west. In addition, this suburb comprises of the local railway line and the Metro Railway Line that connects Versova to Ghatkopar. The international airport of Mumbai named “Chhatrapati Shivaji Maharaj” is also situated in this suburb in an area known as Sahar village.

a. Essential Facts about Andheri:

According to the “Municipal Corporation of Greater Mumbai” Andheri (East) belongs to the K/E ward while, Andheri (West) falls under the K/W ward. Apparently the name Andheri which literally means “dark” in the Hindi language was obtained from the Udayagiri Hills that surrounds the Mahakali Caves Complex.

b. Railway Stations available at Andheri:

There are two major railway lines available at this suburb. They are as follows:

“8th June 2014” was the day when the “Mumbai Metro” line in Andheri was for the first time officially opened to the public. This line basically connects Versova in the west to Ghatkopar in the east, and covers a distance of 11.4 kilometers. In addition, this line consists of 12 stations out which 9 are located in Andheri.

There are a number of places that are extremely popular in Andheri they are as follows:

Situated in the west at a distance of 5 kilometers from the railway station is a popular residential complex known as Lokhandwala. It was developed by a construction firm known as “Lokhandwala Constructions Pvt Ltd”, hence the name. Some renowned properties located within this complex include Mayfair Page 3, Golden Heights, Royal Accord, Oberoi Sky Gradens etc. In addition, it was in this complex that the notorious Mumbai gangster Maya Dolas, and his gang were killed in an encounter with Mumbai Police on November 16th 1991.

Considered to be a “Special Economic Zone” is a commercial hub located in Andheri (East) known as SEEPZ. It was created mainly as an “export processing zone” in the year 1973. Furthermore, this hub generates a lot of revenue since it is home to many electronic hardware manufacturing companies, software companies, and exporters of jewels. It comprises of about 400 corporate firms, and they include Portescrap India Pvt Ltd, Tata Consultancy Services etc.

Also known as “Kondivite” are a group of 19 Buddhist monasteries built using rock commonly referred to as Mahakali Caves located in Andheri East. Furthermore, it is located in close proximity to the “Jogesehwari-Vikhroli Link Road” as well to SEEPZ.  In addition, these caves are surrounded by number of residencies, and also comprises of a popular girls convent school known as Canossa.

‘A posh locality’ is the best way to define a neighborhood called Versova, originally known as ‘Vesave’ literally meaning ‘rest’ when translated. Located in Andheri West, this upmarket area was once a small fishing village belonging to the native ‘Koli’ community. It is popular for a beach and a fort which was built by the Portuguese.  Furthermore, one section of the beach is known as the ‘Rock Beach’, which is visited regularly by large number of people.

d. What is the pin code of Andheri (East) and Andheri (West)?

e. The Mumbai International Airport, where is it located in Andheri?

The Chhatrapati Shivaji International Airport is located in Sahar Village in Andheri East. It comprises of a domestic as well as a international terminal.

f. The restaurants, hotels and bar/pubs available in Andheri?