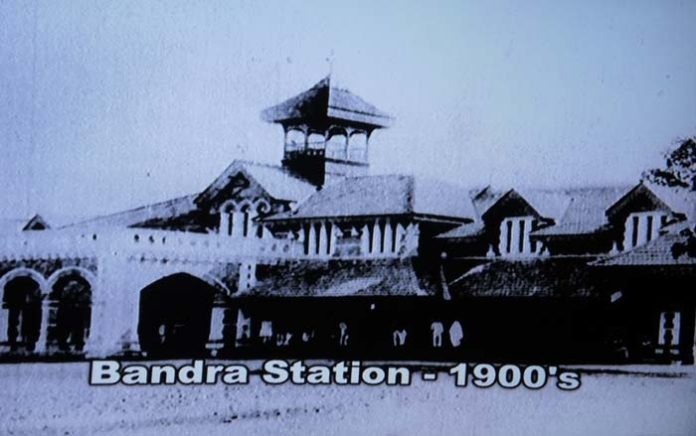 There are a number of suburbs in the city of Mumbai that are extremely popular. Now, one such renowned suburb situated in maximum city is Bandra. Located in Mumbai West, this suburb is known for its vibrant atmosphere. Furthermore, Bandra has also been given the sobriquet “Queen of Suburbs”. There are several hotspots found in this western suburb of the Mumbai city that makes it famous. They are as follows:

“A shopping hub” would be the best way to describe a street located in Bandra known as Linking Road. This street is known for a number of “stalls” that sells a lot of products such as clothes, shoes, belts etc. The fact that the price of every product at these stalls is not fixed, and can be bargained for makes them unique. Furthermore, this street also comprise of a few boutiques selling mainly international brands. In addition, renowned fast food outlets such as McDonald and KFC are located at this street. Over the years it has also gained a reputation for its vibrant nightlife.

“A 1.2 kilometer walkway facing the Arabian Sea” is exactly how Bandstand Promenade located in Bandra literally can be described as.  It basically serves as an ideal hangout spot, and possesses a jogging track and a park. Furthermore, at the end of this promenade lies the “Bandra Fort” overlooking the Mahim Bay. Also in close proximity to this fort lies the famous 5 star hotel Taj Lands End is situated. This spot also comprises of a section known as “Walk of the Stars” (inspired by Hollywood Walk of Fame) that contains statues of six Bollywood stars. It is UTV a media outlet that has funded and is managing this section.

“Ramdas Nayak” is the official name of a street known as Hill Road. This street begins from the Bandra Railway Station intersection and eventually leads to the Bandstand Promenade. Furthermore, is also known for a number of “street stalls” (similar to Linking Road) and restaurants such as “Lucky” which is popular for its biryani. In addition, popular schools such as St Stanislaus, Apostolic Carmel etc are also situated over here. Considered to be of the “oldest” churches in the city St. Andrews is also located at this street.

Located in close proximity to “Bandstand” is yet another 1.25 kilometers walkway located in Bandra known as Carter Road Promenade. It is managed by the “Bandra West Resident Association”, and is situated alongside the Arabian Sea. Apart from being a popular “hangout” spot this promenade also comprises of a several residential complexes that are expensive and are sea facing. In addition, an education complex known as “Rizvi” comprising of engineering, architecture college etc is situated in close proximity to this promenade.

“A seaside of jogging track” is what a park known as Joggers located in Bandra is popular for.  Situated in close proximity to the renowned “Otters Club”, this park apparently attracts more than 2000 visitors during the weekend. Furthermore, the jogging track over here is about 400 meters long. In addition, to the track this park also comprises of a “strip of mud” for running and “two paved tracks” for walking. Developed by former hockey coach Oliver Andrade, this park also consists of a section dedicated to children.

Situated in close proximity to the “Bandstand Promenade” is a fort built by the Portuguese in 1640 known as Castella De Aguada. Constructed in 1640 this fort provides the magnificent view of overlying “Mahim Bay”, and hence is an extremely popular “hangout” spot especially for couples. In addition, famous Bollywood movies such as Dil Chahta Hai, Buddha Mil Gaya and Jaane Tu Ya Jaane Na were shot at this fort. It is commonly referred to as “Bandra Fort”.

Considered to be one of the “oldest” in Mumbai is the Mount Mary Church situated in Bandra. Originally known as the “Basilica of Our Lady of Mount” this church is located at an altitude of about 80 meters above sea level. Historically speaking, the statue of Virgin Mary found in this church was initially installed in the St Andrew’s Church. However, it was 1761 that the statue was eventually placed back in this church.  Furthermore, it is “Feast of Our Lady of the Mount” that is celebrated as “Bandra Feast” annually and attracts lakhs of devotees.

Located in this suburb is a popular hangout spot known as Bandra Reclamation. This spot is renowned for providing a picturesque view of the skyline in Worli. Furthermore, in close proximity to this spot lies the “Bandra-Worli Sealink”. In addition, to being a popular spot for “couples” it is also known for a restaurant called Candies, the Leelavati Hospital, and an educational institute called the Mumbai Educational Trust (MET).

Constructed by a Konkani Muslim is, a popular lake located in this suburb known as Bandra Talao or Motha Resevoir. It was then eventually brought by the “Municipal Corporation of Greater Mumbai”. Furthermore, it was renamed as “Swami Vivekanand Sarovar” and, was known for paddling boating facilities as well as for pisciculture activities. However, nowadays both the facilities as well as the activities have been stopped.

So, if you intend to have lots of fun in the presence of a “cool and vibrant atmosphere” then, Bandra is certainly a suburb in Mumbai that you must visit.

Some essential facts about Mahalakshmi Temple