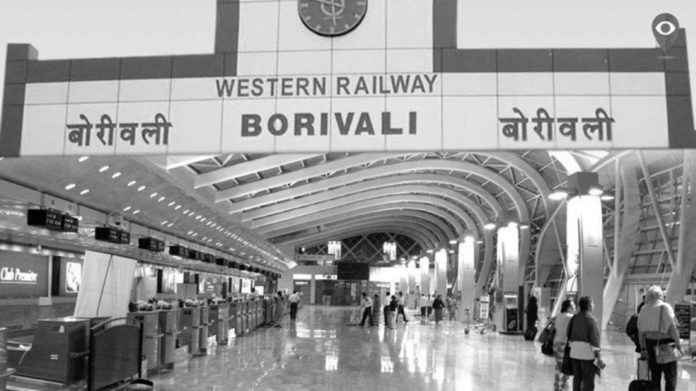 Situated in the north-west of Mumbai is a suburb known as Borivali. Apparently, the term “Borivali” has been obtained from the Marathi word “Borr” meaning berries.  Furthermore, this suburb possesses an ancient Lord Ganesh Temple as well as popular Catholic Church named Our Lady of Immaculate Conception Church, clearly indicating a presence of a mixed culture. Furthermore, this suburb is made up of many several areas that resemble a village namely Vazira, Babhai, Eksar, Chikoowadi, Simpoli, and Poisur.

a. Essential Facts of Borivali:

Historically speaking, Borivali has been created by fusing smaller towns such as Eksar, Poisar, Vazira, Shimpoli, Mandapeshwar, Kanheri, Tusli, and Magathane.  Apparently, during the British Raj Borivali was actually pronounced as “Berewlee”. Furthermore, in this suburb there lived many ethnic groups who owned land on which they grew fruit orchards which was referred to as “wadis” in the local Marathi language.

b. Railway Stations available at Borivali:

Borivali comprises of one railway station which mainly connects to Churchgate, the south end of Mumbai and to Virar situated up north in the Palghar district. In addition, the Borivali Railway station also serves as a “last city limit stop” for all express and mail trains.

There are few places that are popular in Borivali, and they are as follows:

Is a park located in close proximity to the Western Urban Road, and home to 800 types of mauve, 1000 plant species, 251 migratory water and land birds, 50,000 insect species, 40 species of mammals, 38 species of reptiles, 9 amphibian species, and about 150 butterfly species.  In addition, this park also comprises of the famous Kanheri Caves carved out of rock during the 4th century BC consisting mainly of Buddhist carvings, paintings, and sculptures.

Located in close proximity to the Borivali station is a popular shopping center known as Indraprastha. This center provides for number of shops dealing with electronics, clothes, gifts etc. In addition, situated in the basement of this center are shops providing service for repairing mobiles.

Located in close proximity to this suburb is a beautiful beach known Gorai. It is known not only for being pristine but also less crowded as compared to many other beaches in Mumbai.

A popular amusement and waterpark known as ‘Esselworld and Water Kingdom is located in Borivali West. Situated at a close proximity to the Gorai region, these parks are filled with a variety fun rides and water activities for adults as well as children. The entrance fee of Esselworld range from Rs 750 to Rs 120 for a child and Rs 1050 to Rs 150 for an adult. Furthermore, the annual pass over here cost Rs 1590. The  entrance fee of Water Kingdom ranges from Rs 696 for a child and Rs 1050 for an adult.  The annual pass cost Rs 1590 for both adult and child.

Inaugurated on ‘8th February 2009’ by then President of India Pratibha Patil was the Global Vipasana Pagoda in the Gorai region. The Pagoda was built as a tribute to Vipassana teacher and the first Accountant-General of Independent Burma, Sayagyi U Ba Khin, who was responsible for bringing back Vipassana to India, its country of origin. It was constructed to induct Vipassana into the culture of India, and to clear misconceptions about Buddha and his principles.  It is extremely popular attracts a large audience.

d. The pin codes of Borivali (West) and Borivali (East):

e. The restaurants, pubs/bars, and hotels around Borivali:

5 Reasons Why To Buy A Home In Powai