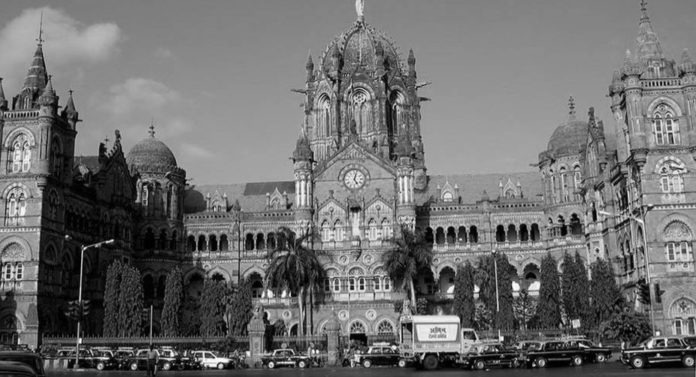 The city of Mumbai is renowned for some magnificent colonial architecture. Now, one such example of splendid architecture found in “maximum city” is the towering Chhatrapati Shivaji Terminus. Furthermore, this important terminus has also been nominated by the UNESCO in their list of “World Heritage Sites”. Now, apart from the beauty of its architecture there is a lot more information about this terminus that one needs to know. So, here is presenting to you a few vital facts about the Chhatrapati Shivaji Terminus which was earlier known as “Victoria”.

a. The history behind the construction of the “Chhatrapati Shivaji Terminus”:

This magnificent terminus as seen today was constructed in the year 1887 in Bori Bundar in the city of Mumbai. It was designed by Frederick William Stevens, a British architectural engineer using typical “Victorian Gothic” style of architecture. Furthermore, it was built to celebrate the “50th year” of the reign of Queen Victoria. Initially, though it was in 1853 that the “Great Indian Peninsula Railway” constructed a railway station on a land which was home to a warehouse named “Bori Bundar”, which when literally translated meant “sack port”. Officially, it was on 16th April 1853 that the first passenger train service of the Peninsula Railway was launched from Bori Bundar to Thane which covered a distance of 34 km.

b. Some facts related to the construction of the “Chhatrapati Shivaji Terminus”:

The construction of this magnificent terminus first began in the year 1878. The architect Frederick William Stevens was paid approximately 25,000 US dollars for building this towering terminus. Furthermore, a watercolour sketch (a blue print) of the intended terminus was provided to Stevens by a draughtsman named Alex Haig. It took about ten years to build this terminus, which was considered to be longest building ever to be constructed in the history of Mumbai City. Apparently, it is said that the final design of this terminus closely resembled the “St Pancras Railway Station” situated in London.

c. A few facts about “Renaming” of the Chhatrapati Shivaji Terminus”:

In between 1853 and 1887 this terminus was named the “Bori Bundar Railway Station”. It was then in 1887 that it was renamed “Victoria Terminus” in honour of the Queen of Great Britain and Ireland. It was in 1996, about 100 years after it was previously renamed, that this terminus was given the name “Chhatrapati Shivaji Terminus”, as a tribute to the great Maratha king by the then state government led by the regional political party Shiv Sena.  Finally, it was in 2017 that the railway station was once again renamed as “Chhatrapati Shivaji Maharaj Terminus”.

d. A few “General” facts about the “Chhatrapati Shivaji Terminus”:

The Chhatrapati Shivaji Terminus (also known as CST) comprises of about 18 platforms, of which 7 of these provide for local suburban train services while the remaining 11 provides for outstation train services. It was in the year 2013 that dormitories possessing air conditions were inaugurated at this terminus. This service included about 58 beds for men, and 20 for women.

e. The “2008 Mumbai Attacks” connection, and the value of Chhatrapati Shivaji Terminus in Mumbai’s popular culture:

It was during the tragic 26th November 2008 “Mumbai Terror Attacks” that this magnificent terminus was assaulted too. In fact this horrific attack led by two terrorists resulted in approximately 58 people getting killed and injuring about 104. The terrorist essentially entered the passenger hall of the terminus at about 21:30, and opened fire using AK-47 rifles. It was then an hour later at about 22:45 that the assault finally ended.

In terms of the Mumbai’s popular culture this terminus over the years has become an important landmark of the city. In fact, the Oscar winning song “Jai Ho” from the movie Slumdog Millionaire was filmed at this terminus. A BBC Two show titled “World’s Busiest Railway 2015” also covered this terminus in a big way.

Having been made public about 164 years ago, it would be safe to say that the Chhatrapati Shivaji Terminus has over the years become a “landmark” of the city of Mumbai that is most definitely going to be extremely hard to forget.