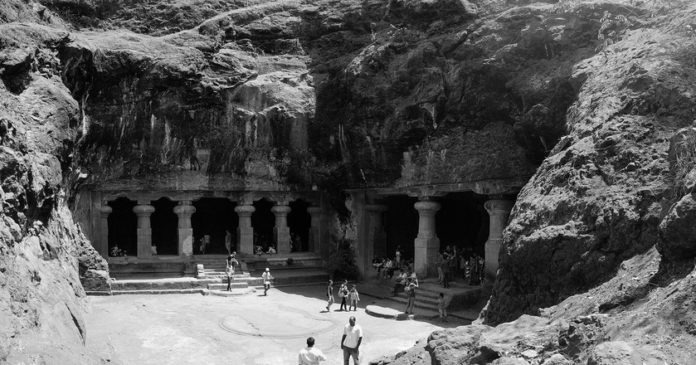 Nominated by “UNESCO” in the list of “World Heritage Sites” is a collection of caves located in Mumbai city known as Elephanta. Located on an island known as “Gharapuri”, these caves were created during either the late 5th century or 8th century as a tribute to Lord Shiva. Furthermore, these caves are situated at a distance of 10 km from the “Gateway of India”. The entry to these caves cost Rs 10 for Asian Tourists and about Rs 250 for the Western tourists.  Over the years, Elephanta Caves has become a vital landmark in Mumbai city that is visited by tourists from all around the globe. So, here is presenting a few important facts about these caves that one needs to know.

a. The “Historical” significance of Elephanta Caves:

Located on Elephanta Island (also known as Gharapuri) these caves is said to have been constructed anywhere in between the 5th and 8th century BC as a tribute to Lord Shiva.  In terms of the history, there is no evidence available that relates to the origin of this island. However, there are archaeological evidences available to suggest that this island was once culturally rich. According to a few scholars, these caves can best be understood by studying ancient Hindu literature. In fact, the décor of the Elephanta Caves has been inspired from mythology and spiritual concepts found in Vedic scriptures based on Shiva.  A few historical evidences are also available that suggests that it was during the Portuguese rule that these caves were supposed to have been damaged. A theory also states that it was neither the Portuguese nor the Mughals but the Marathas who were responsible for the damage caused to the caves. It was in 1661, that this island was handed over to the British by the outgoing Portuguese dynasty. It was then during the British Raj with Mumbai becoming an important commercial center that many Hindus actually began using the caves as a place of worship.  It was also during this period that the British government charged a fee for using the temple. It was in 1903, after a few Hindus petitioned against the unjust fee that this decision was partially reversed, and people were allowed to visit these caves without a fee during three days of the Shiva festival. It was eventually during the 1970’s post independence that Government of India reconstructed the main cave and converted into a tourist and heritage site. Finally, it was in 1987 that these caves were included in the “World Heritage Sites” list by UNESCO.

b. The “architectural” style of Elephanta Caves:

“Rock cut” is the architectural style used to design the two group of caves situated on the island of Elephanta. The material used in constructing these caves is “solid basalt rock”. Furthermore, the caves comprises of one main chamber, two lateral chambers, courtyard, and subsidiary shrines. In addition, the premise of these caves is home to Lord Shiva comprising of a number of carvings based on myths belonging to Shaivism i.e. a faith that reveres Lord Shiva.

“A masterpiece” is what the Trimurti sculpture located in a chamber these caves can best be described as. Located on the south wall this sculpture known as “Sadashiva” or “Maheshmurti” is 20 feet in height. It basically comprises of three heads of Lord Shiva representing creation, preservation, and destruction the key features of this Hindu God. Furthermore, this sculpture basically illustrates Shiva as a cosmic being who is capable of “maintaining a perfect harmony between negative and positive influences”.

Also known as “Nrittamurti” is the sculpture located in a chamber in the caves representing “Lord Shiva as Nataraja” i.e. cosmic dancer. Located in close proximity to the northern entrance of the caves it is 13 feet wide and 11 feet high. Furthermore, this damaged sculpture shows Shiva dancing using his body and arms using a lot of energy. In addition, Shiva is shown having eight arms, and his face represents “Tatpurusha”, a form of this powerful God that protects all types of creative activities. In this chamber, a few sculptures of god and goddesses such as Brahma, Vishnu, Lakshmi, Saraswati, and Parvati can also be seen along with Nataraja pose of Shiva.

“A Shiv lingam” is also situated in a chamber in the caves comprising of entrances on each of its side. Furthermore, this chamber is surrounded by what is referred to as “dvarapalas” or gate guardians. These dvarpalas are about 15 feet in height. The “lingam” is located at the center of the chamber, and is mounted on a platform at a height of about 1.8 meter above the floor. This lingam (according to Hinduism) along with the “yoni” (representing goddess Shakti) symbolizes the process of creation and regeneration.

f. How to reach Elephanta Caves?

To visit this magnificent group of caves one needs to reach Gateway of India located in the Apollo Bundar area. It is from this spot that there are boat services available to the caves. The first boat from Gateway to the caves leaves at 9 am. While the last boat from the caves to Gateway leaves at 5.30 pm. Price of the boat trip varies from Rs 130 to Rs 150. A Toy Train ride from the pier of these caves to its entrance costing Rs 10 is available  In addition, these caves are closed on Mondays.

And so, if any tourist visiting Mumbai City intends to understand and appreciate the philosophy of Hinduism in depth, then Elephanta Caves is the ideal place to visit.