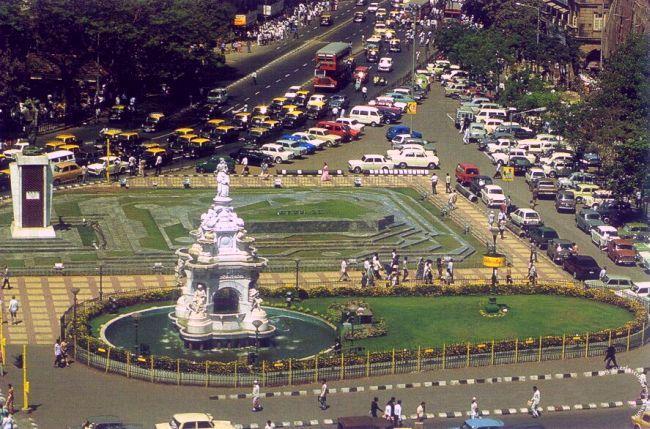 Considered to be an extremely significant landmark in the city of Mumbai is a popular site known as Flora Fountain. Located in South Mumbai on the Dadabhai  Naoroji Road, this spot basically comprises of fountain named “Flora” which was constructed in the year 1864.  Now, in terms of the rich history of Mumbai city, this fountain plays an important role as a unique landmark. And so, here is presenting a couple of facts that highlight the importance of this “fountain” in the history of “maximum city”.

a. The basic “history” of Flora Fountain:

According to the history of Mumbai, it was in 1860 that the then Governor Sir Bartle Frere in order to improve hygiene destroyed the “Old Mumbai Fort”. It was soon after this demolition of the Fort area that a fountain (which was named “Flora”) was constructed at the site where “Churchgate” (one of the tree gates built by the British East India Company) stood. Apparently, this fountain was constructed by the “Agri-Horticultural Society of Western India” using a donation of Rs 20,000 provided by Cursetiji Fardoonjee Parekh. Furthermore, this fountain which was designed by a Scottish architect Richard Norman Shaw was named after a Roman Goddess of “flowers and season spring” named Flora.

b. The “Hutatma Chowk at Flora Fountain:

A “chowk” (square) is located in close proximity to the fountain which basically serves as a confluence at which five streets converge on. Now, it was in 1956 that a political movement known as “Samyukta Maharashtra Movement” was initiated in Mumbai for the creation of an independent state of Maharashtra. This movement first took a violent twist in November 1956 when police fired at people protesting at the Flora Fountain. This use of violence by the police led to about 15 deaths. Furthermore, it was eventually in 1960 after the formation of an independent Maharashtra state, that the movement as well as the violence that followed it was stopped. However, about a total 106 protestors were said to have lost their life during the movement. And hence, it was in 1961 that the “Samyukta Maharashtra Samiti” decided to set up a memorial in memory of those who sacrificed their lives for the movement.  It was thus Flora Fountain (a spot where the protest turned violent) that was renamed as “Hutatma Chowk” meaning “Martyr’s Square”. Eventually, the foundation stone for the memorial dedicated to the protestors who died was laid by Shevantibai Kurgude, a mother of the martyr at the fountain.

In conclusion, it would be fair to say that it is the political history attached to Flora Fountain that makes it a “Landmark to Remember” in Mumbai City.

Gateway of India, its significance in Mumbai History