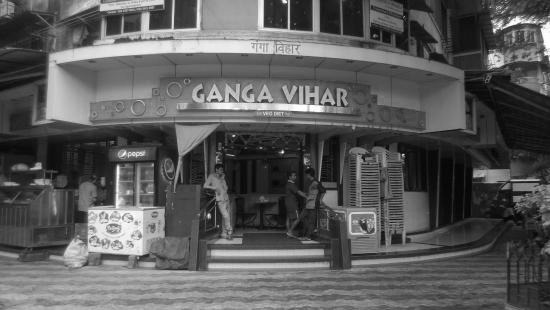 A nice blend of ‘South and North Indian food’ is what a restaurant known as Ganga Vihar provides for. It is located in Matunga (West) and is also known for serving up ‘Chinese’. Furthermore, it is an eatery that does not sell any alcoholic beverages, and is purely vegetarian.

a. About Ganga Vihar:

Specializing in ‘multiple cuisines’ Ganga Vihar is a popular South Mumbai eatery frequently visited mainly by families. In addition, apart from meals this restaurant also provides for breakfast delicacies. In addition, no alcohol beverages are served over here.

b. The ‘food and drinks’ served and ‘ambiance’ surrounding Ganga Vihar:

‘North and South Indian along with Chinese’ are the types of cuisine made available at Ganga Vihar. The menu basically comprises of South Indian snacks, Snacks, Bread,Pizza, Mumbai Chaat, Tandoori Starters, Soups, Punjabi, and Chinese. Some popular delicacies include Pav Bhaji, Thali, Misal Pav, Onion Uttapam, Mysore Masala Dosa, Paneer Biryani, and Paneer Makhanwala. In terms of beverages, tea, coffee, juices, and milk shakes are extremely popular over here. The ambiance surrounding this restaurant is pleasant and is ideally suited for a family outing.

c. The ‘cost’ of food and beverage at Ganga Vihar:

The average cost of a meal for two at Ganga Vihar is about Rs 500. With regards to beverages, the cost of tea, coffee, juices, and milkshakes range from Rs 25 to about Rs 190.

It is therefore, a mixture of a cool ambiance, and delicious north and south Indian as well as Chinese delicacies served which makes Ganga Vihar, an eatery in ‘Maximum City’ for ‘Veggies’ to savour. 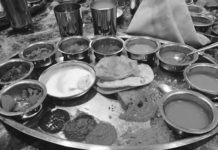 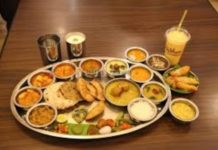 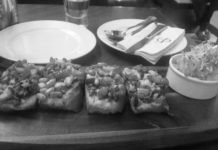