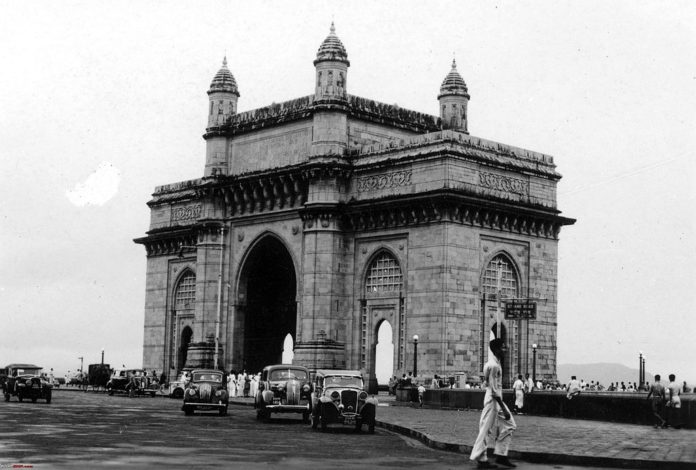 The city of Mumbai is known for a number of “landmarks” that it possesses. One such popular landmark is a monument known as “Gateway of India” located at Apollo Bunder in South Mumbai. Now, the existence of this arched monument is closely linked to the history of “maximum city”. So, here is presenting a few facts reflecting the significance of this magnificent monument to history of Mumbai city.

a. The “history” of the Gateway of India:

It was in year 1911 that King George V and Queen Mary arrived in the city of Mumbai at Apollo Bunder. Now, the British Empire wanted to celebrate what they considered as a historic visit, and hence decided to construct this monument at the site of landing. It was thus on 31st March 1913 that the then governor of Bombay (now known as Mumbai) Sir George Sydenham Clark laid the foundation stone for this monument. Furthermore, the final design of this splendid monument was approved by George Wittet a Scottish architect on 31st March 1914.  It was eventually in 1924 that the construction of this monument was completed. The inauguration of this monument was held on 4th December 1924 in presence of the then Viceroy, Earl of Reading.

b. The “Gateway of India” a symbol of a colonial past:

“A Symbolic monument” would be the best way to describe the Gateway of India. As of today, this monument which was built to celebrate the arrival of King George V and Queen Mary represents the colonial rule of the British that the Mumbai city as well as India experienced for over 200 years. In other words, this exquisitely designed monument basically serves as a “memento” given by the British to this “city that never sleeps.

c. The “Hindu-Muslim” architectural style of Gateway of India:

Designed by Scottish architect George Wittet, the Gateway of India was created by using “Hindu-Muslim” architectural styles. So, while the arch was developed using the Muslim style of architecture, the decorations used were Hindu based. It is this unique fusion of “Muslim-Hindu” styles of architecture that makes this monument “Indian” although it was created by the British. In addition, local stones were used to build this monument while, the perforated screens that can be seen on it were obtained from the city of Gwalior.

With thousands of tourists visiting “Gateway of India” every day, it can be safely said that this monument has become a landmark in the city of Mumbai that one cannot ignore at any cost.