Food plays a major part in adding vibrancy to the culture of the city of Mumbai. Now, there are many types of restaurants and cafes located around the city that are renowned for providing delicious food. However, over the years it has been the “Irani Cafés” found in the city that have not only gained popularity but also, added “an old world charm” to its culture. Comprising of colonial architecture, these cafés were developed by Irani immigrants in the late 19th century. So, to provide a better picture of what these cafés actually are as well as the reason behind their popularity, here is presenting a few important facts.

a. The History of Irani Café:

It was during the late 19th and beginning of 20th century in post-independent India (including Pakistan) that a large number of Irani immigrants arrived in the city of Mumbai. It was during this period in the year 1896 that the city was also recovering from a severe outbreak of the dreaded disease “Plague”. Furthermore, it was also a time that the city was witnessing a surge in population through the influx of migrants from various parts of India. In addition, the “Bombay Improvement Trust” also helped create space for commercial activities, which was made use by Irani community who set up cafés.

b. Irani Café serving as the “melting pot” of different communities:

It was during the beginning of 20th century due to the influx of migrants from all over India that the city of Mumbai had become cosmopolitan in nature. And so, the presence of Irani cafés in the city during this period served as a spot where all communities could hang out with each other in perfect harmony. In fact, many Irani Cafés also began providing for “Family Rooms” so as to protect the privacy of families and encouraging them to visit. As a matter of fact, the owner of these cafés openly encouraged the mingling of mixed communities under one roof.

c. The “architecture” and “food and drinks” served at the Irani Café:

“Typically British” would be the best way to describe the architecture seen at most of the Irani Cafés in Mumbai. Comprising of high ceilings, marble flooring, wooden chairs, and wooden tables, these cafés provides for an atmosphere that takes you back to the days of the British Raj.  Furthermore, the food served over here include Bun maska (butter), Kheema (mutton mince) pav, and Chicken masala. In terms of drinks, the Irani Chai (Tea) is extremely popular at all these cafés located in Mumbai.

d. The “survival” of Irani Cafés that have “adapted” over the years:

The “survival of the fittest” theory developed by Charles Darwin perfectly represents the circumstances that these cafés are facing these days. Now, according to statistics there was a time when the city possessed 350 cafés. However, as of today there exist only 25. The reason for this gradual decline in cafés over the years clearly being the inability of the owners to adapt to the changing times. For example, many of them were unable to make changes to the “Do’s and Dont’s” list. Secondly, many of them were not able to either make changes to either the décor or their menu as a result of which they failed to attract customers leading to their demise. The fact that the famous Café Leopold and Café Mocambo located in Colaba have over the years made significant changes and still continue to exist, proves that it is only by adapting to the changing times that any business can survive.

So, with only a handful of Irani Cafés left in the city, one can only hope that they continue to exist, and add a lot of old world charm which seems to be sadly missing in the “City that never sleeps” these days. 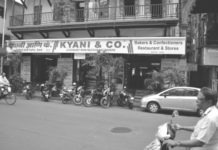 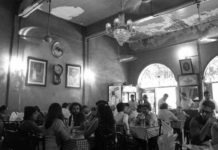 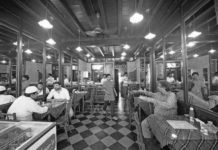