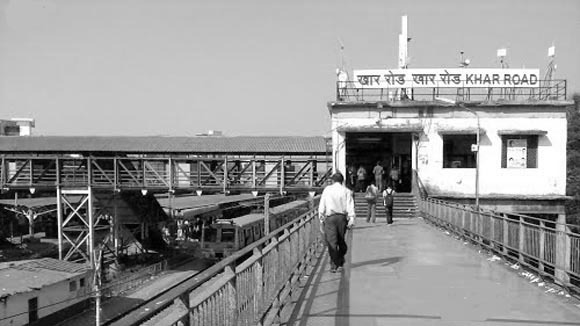 Located towards the north of Bandra, referred to as ‘Queen of Suburbs’, is a yet another popular western Mumbai suburb known as Khar. It is popular for a number of schools, restaurants, and shopping centres. Furthermore, it is also known for an area known as ‘Danda’, which belongs to the ‘native’ fishermen community i.e. Kolis. In addition, an area known as ‘Pali Naka’ is also popular in this suburb for being home to Bollywood stars such as Sanjay Dutt and Ranbir Kapoor.

a. Essential Facts about Khar:

It is from the Marathi (local language of Mumbai) word ‘Khara’, which means ‘salty’ when translated, that this suburb acquired its name. During the early days before development began, this suburb was just a marshland formed from salty water. Furthermore, it was a Maharashtrian community known ‘Pathare Prabhu’, who were the original inhabitants of this suburb. A family belonging to this wealthy community usually possessed a bungalow in this area, which they used as a weekend getaway. However, they generally lived in the affluent South Mumbai area.

b. Railway Stations available at Khar:

There are number of worthy and popular spots located around this suburb. They are as follows:

‘A fishing village’ is what this area essentially is. Historically speaking, the original inhabitants of Mumbai i.e. Kolis having been living over here for centuries now. Furthermore, a festival known as ‘Varin Pada Holi’ is celebrated with great fanfare over here.

Is an area in this suburb known to be ‘home’ to popular Bollywood stars such as Ranbir Kapoor, Sanjay Dutt etc. It is also renowned for a number of restaurants and pub’s such as ‘Toto’s Garage’.

e. The restaurants, hotels and bar/pubs available in Andheri?