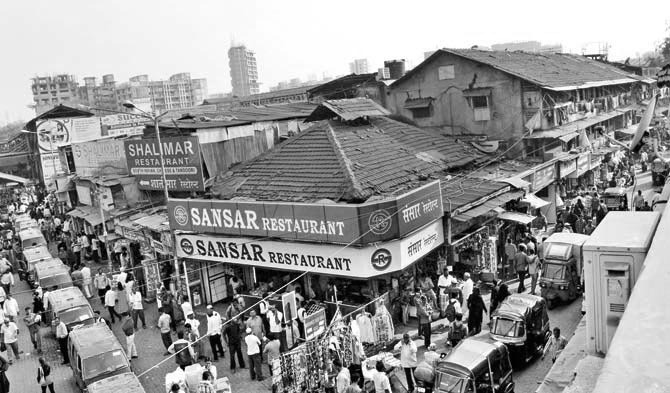 Belonging to the ‘L ward and Zone 5’ as per the Bombay Municipal Corporation (BMC), is an east Mumbai suburb known as Kurla. It was originally a village comprising mainly of the ‘East Indian Community’. Furthermore, this suburb comprises of a railway station (earlier called Coorla) that operates on the ‘Central’ as well as ‘Harbour’ line, and is considered to be the ‘busiest’ in the city.

a. Essential facts about Kurla :

‘Kurli’ which means ‘crab’ in Marathi is a word from which the name of this suburb has been derived. Historically speaking, this suburb came under the rule of the Portuguese, when the ‘Treaty of Bassein’ was signed by Sultan Bahadur of Gujarat. It was however not until the early 20th century that this suburb became an important centre of the mill industry. And so, by 1910 there were many mills available in this suburb engaged in cotton cloth manufacturing. It was eventually in 1950’s and 60’s that this mill center suddenly became an ‘Automobile Industrial Zone’, with the setting up of the ‘Premier Automobiles’ manufacturing plant.

b. Railway Stations available at Kurla:

This suburb comprises of just one railway station, and operates on the harbour and central line. For those intending to travel to the western the best option would be to travel to Ghatkopar, and use the Mumbai Metro service. In addition, the Lokmanya Tilak Terminus in this suburb provides for a number of outstation trains.

This suburb is essentially popular for one major spot.  It is as follows:

It is a residential complex situated in this suburb. It was Originally a manufacturing plant of ‘Premier Automobiles’, which was later converted. Furthermore, this complex comprises of Premier residency buildings and Kohinoor city building. It also consists of the Slum Rehabilitation Authority (SRA) buildings which comprises of a number of slum dwellers.

d. The Pin Code of Kurla West and East:

e. The restaurants, pubs/bars, and hotels around Kurla: