Founded way back in 1871, was the popular Leopold Café and Bar in South Mumbai. It is situated alongside the famous Colaba Causeway. Furthermore, this eatery is renowned for serving up delicious American, Chinese, Mughlai, and Italian cuisine. In addition, this restaurant is a part of popular Mumbai culture, and has been used as a location in the bestselling novel ‘Shantaram’.

a. About Leopold Café and Bar and the ‘Zoroastrian Community’ connection:

This restaurant was established by the ‘Irani’ community during the late 19th century. It was once a wholesale cooking oil store which was gradually converted into an eatery. Furthermore, an ancient artifact called ‘Achaemenid Persian Lion Rhyton’ is used at this restaurant as a component of its logo. This has been done by the owners to flaunt its connection to the ‘Zoroastrian’ community. As of today, Leopold is considered to be one among a few functional ‘Irani’ eateries in Mumbai that is really doing great business.

b. The ‘food and drinks’ served and ‘ambiance’ surrounding the Leopold Cafe:

In terms of cuisine, Leopold provides for mainly breakfast delicacies. The food menu is divided into six sections. They include ‘Vital breakfast, Eggs to order, Snacks, Salads, Appetizers, and Burgers and Sandwiches. Some popular dishes at this eatery include mutton kheema, roast chicken, Mojito, Mushroom tikka, chocolate ecstasy, and Kung pao chicken. Some recommended delicacies include Leopold Special Chicken Pasta, Prawn Chillies, Chicken Straugnoff, and Leopold Special Veg Pasta. Alcoholic beverage such as beer is severed over here and is also popular.    Adding more charm to this eatery is the ‘relaxed’ ambiance and vintage decor which surrounds it. This eatery is also popular with international tourists.

c. The ‘cost’ of food and beverage at the Leopold Cafe:

It is then a combination of varied food and beverage and a chilled out and classic interior which makes Leopold Cafe, a Mumbai eatery truly worth visiting. 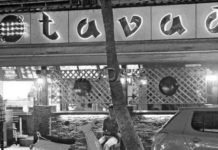 Juhu a Mumbai Suburb, why is it popular?

Aamchi Mumbai and its Marathi Culture