‘Yeh Hai Bombay Meri Jaan’ the classic 1950’s song from the Dev Anand classic ‘C.I.D.’ is still remembered by genuine music lovers all around Mumbai city even today. This is simply because of the magical voice possessed by the playback singer of the song, who went by the name Mohammed Rafi. Now, the question to be asked is, What makes Rafi a true gem of the playback singing industry situated in the ‘City That Never Sleeps’?. So, to answer this question here is presenting a few must know facts about this singer who can truly be called the ‘Melody King’.

a. Who is Mohammed Rafi?

‘Versatile’ would be the best way to describe this extremely talented playback singer. Such versatility this man possessed that he sang songs belonging to a variety of genres which included classical, qawwalis, sentimental, ghazals, bhajans, and romantic. In addition, he has sung about ‘7405’ songs in Hindi as well as regional languages such as Konkani, Assamese, Bhojpuri, Odia, Tamil, Marathi, Gujarati, Punjabi etc. Furthermore, he also sang in foreign languages such as English, Farsi, Arabic, Sinhalese, Creole, and Dutch.

b. Where was Mohammed Rafi born?

It was on the 24th December 1924, that this great singer was born. He was conceived in a village in Punjab known as Kotla Sultan Singh in the Amritsar district. Furthermore, he was the second eldest in a family comprising of six children. His father’s name was Haji Ali Mohammad.

It was in the year 1944, that Rafi arrived on the shores of the ‘City of Dreams’ with ambitions of becoming a singer. It was eventually the song, “Hindustan Ke Hum Hain” composed by Naushad for the movie ‘Pehle Aap’  that became marked his debut as a playback singer. Gradually, he slowly began singing songs including in the chorus for composers such as Naushad, Shyam Sunder, and Husnalal Bhagatram. In 1948, it was after the assassination of Mahatma Gandhi, that he along with Bhagatram and Rajendra Krishan created a song titled ‘Suno Suno Ae Duniyawalon’  as a tribute to the ‘Father of the Nation’, for which Rafi received a ‘Silver Medal’ from Prime Minister Jawaharlal Nehru.

d. Which were the successful years of Mohammed Rafi:

It was eventually in the 1960-70’s that this great singer tasted success. Working with music composers such as Naushad, Shankar-Jaikishan, OP Nayyar, SD Burman, and Roshan, he delivered some evergreen songs. His smooth as ‘Olive Oil’ voice also perfectly suited superstar Shammi Kapoor. Some chartbusting songs he sung for the actor included, “Tum Mujhe Yun Bhula Na Paoge”, ‘Dil Ke Jharoke’, “Chahe Koi Mujhe Junglee Kahe”, ‘Yeh Chand Sa Roshan Chehra’ etc. In addition, he also sung duets with great singers like Kishore Kumar, Manna Dey, Lata Mangeshkar, and Asha Bhonsle. In fact, it was for a song in the movie ‘Amar, Akbar, and Anthony’ that he for the only time in his career sang along with Kishore Kumar.

e. When and How Did Mohammed Rafi die?

He was a winner 6 Filmfare, 4 Bengal Film Journalists Association, and 1 National Award. In addition, he was awarded the Padma Shri by the government in 1967, and a road in Bandra has been named after him.

So in the music industry situated in Mumbai, if Lata Mangeshkar is known as the ‘Queen of Melody’ then, Rafi is certainly the ‘King’. 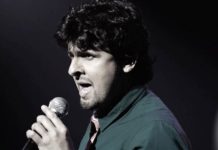 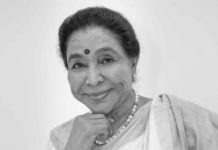 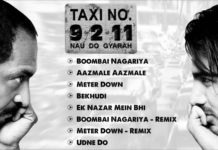 Khar, Things You Need To Know