There have been many writers that have left their “indelible imprint” on the culture of Mumbai city, and one among them is the Urdu novelist, playwright, and essayist named “Saadat Hasan Manto”. Born on May 11th 1912 in the north Indian state of Punjab, Manto took up writing as a profession having been inspired by authors such as Victor Hugo, Oscar Wilde, Anton Chekhov, and Maxim Gorky. Furthermore, this writer was extremely controversial, and was tried in court thrice pre-independence as well as post-independence. And so, here is presenting an analysis that provides an answer to, who Manto was, why was he so revered as a writer, and what kind of impact did he make on the culture of the “City that never sleeps”?

a. The “Basic Background” of Saadat Hasan Manto:

This “ingenious” writer was born in a village called Paproudi situated in the Ludhiana district in Punjab. He belonged to a Muslim family who practiced “law” as their profession. In fact, Manto’s father served as a judge in a local court. Furthermore, this great Urdu writer’s family also possessed “Kashmiri” roots. Apparently, he was so proud of having a Kashmiri heritage that he said to have written a letter to Jawaharlal Nehru in which he stated that “Being beautiful was the second meaning of Kashmiri”. It was in the year 1933, when Manto (who was 21 years of age at this time) met a scholar and polemic writer Abdul Bari Alig, who encouraged him to read Russian and French literature, that his life changed, and he realized his true calling lay in the field of “writing”.  It was few months after he decided to get into fulltime writing that, Manto produced is first major work in the form of the Urdu translation of Victor Hugo’s novel “The Last Day of a Condemned Man”. He then joined the editorial team of daily newspaper known as “Masawat”. It was at the Aligarh University that Manto pursued his graduation, and soon became a member of the Indian Progressive Writers Association (IPWA). In addition, it was while in Aligarh in March 1935 that his second story titled “Inqalab Pasand” was also published in a magazine.

b. The “writing style” used by Saadat Hasan Manto:

“Controversy” is said to have always followed Manto mainly due to his writing style. The fact that he mainly wrote stories that openly spoke about the truth behind “harsh realities” that existed in the Indian society, was extremely progressive as well radical for those time. It is this sharp provocation that Manto used in his writing (along with the use of strong language) that resulted in him being tried in court a total of “six times” in pre and post independent India respectively. In all, his work includes a collection of 22 short stories, a novel, 3 essays collection, 5 series of radio plays, and two collections of personal sketches. However, it is the short stories that he wrote on the partition of India and its aftermath that brought him fame as a writer. Overall, it was basically Manto’s unique ability to flesh out the “hypocrisy” existing in the Indian society to the public through words, is what made him not only “revered” by some but also “feared” by many.

c. Saadat Hasan Manto and his connection with Mumbai:

It was in 1936 that Manto first set foot in Mumbai, a city in India which is said to fulfill dreams. It was apparently an offer to edit a weekly Urdu newspaper titled “Musawwir” that brought him to this city. It was while over here that he also started writing short stories and radio plays, apart from of course editing the newspaper. He eventually published his first short stories collection titled “Atish pare” while he was residing in the city. In addition, he also became a scriptwriter in the Hindi Film Industry when he was hired for the first time by the “Imperial Film Company”. His first movie as a script and dialogue writer was the “Village Girl” (India’s first feature film in colour) which was released in 1937. However, the film did not set the box office registers on fire. It was eventually in 1941 that Manto left Mumbai abruptly out of frustration (probably since he was sacked as editor from the Urdu newspaper as well as his mother’s death) and migrated to New Delhi.

It was in 1942 that he returned back to Mumbai (a city that he loved) and continued editing the Musawwir newspaper. Furthermore, it was also during this time that joined hands with a friend from Aligarh named Shahid Latif, and his wife Ismat Chugtai  (also a famous Urdu short story and film writer) and began writing for the renowned Filmistan Studios. It was for six long years that he worked in the film industry, before growing communal tensions in the city as well as a misunderstanding with friend and actor Ashok Kumar compelled him to migrate to Pakistan for good in 1948.

It has been 63 years since Manto took his last breath in the city of Lahore. However, it is through his brilliant short stories, plays, a novel, and essays (which have been preserved thankfully) that the legacy of this truly radical Urdu writer shall forever be immortalized in the “City of dreams”. 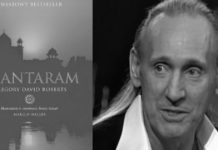 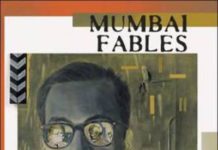 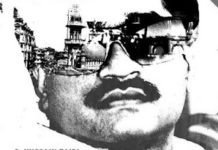