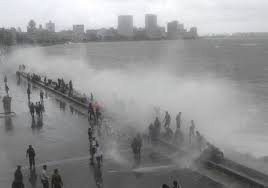 Thane is a ‘satellite city’ in India that can best be described as a real estate paradise. The major reason for  this being, the growth in construction of luxurious homes over the last two decades or so. Now, for those interested in buying a property in this city it is essential to understand the advantages and disadvantages of living in it.  So, then let us discuss these factors in detail.

a. Thane, a City for Children:

“My school is arranging a trip to Delhi but our geography teacher told us that unlike Thane, there are no lakes there” commented nine-year-old Twinkle in praise of Thane in an interview to the The Times of India newspaper. This statement clearly indicating that the 33 lakes this city comprises of is a big hit with children. Furthermore, most of residential complexes built in this city ensure that there is an activity area/playground for children within it. In addition, the number of high quality schools and hospital available in this ‘City of Lakes’ is also a major reason ‘why’ it is ideally suited for children.

b. Thane, a City for the Youth:

According to 18-year-old Suyash (who spoke candidly to Times of India) stated that “Thane allows us the advantage to move freely within the city as well as outside it. Be it amusement parks, water parks, the scenic Ghodbunder road or the Yeoor hills”. In addition, he also mentioned that in terms of education as well this city as lots to offer. This engineering student further added that the ‘City of Lakes’ provides for world class post graduation colleges, which makes him feel happy.

“We try to indulge in our creativity by watching a lot of plays and cultural performances. It won’t be wrong to call Gadkari Rangayatan and Dr. Kashinath Ghanekar Natyagruha our second home,” commented Swati about the atmosphere of creativity that surrounds Thane. She also added that her husband Mangesh shared her sentiment. In addition, she also states that this city apart from cultural activities also allows a young couple like us to enjoy a weekend trip to a ‘getaway’ located in close proximity, which is extremely refreshing.

d. Thane, a City for Adults:

“I have grown up in Mumbai and my parents stay in Bandra. Thane’s connectivity with Mumbai makes it convenient for me to visit them anytime I want” commented Sunanda a former ‘Mumbaite’ now turned ‘Thaneite’. She also added that with the Metro and Mono Rail project underway the connectivity to this city is only going to improve even more. Furthermore, a banker named Sunil stated that “With banks offering economical home loans and real estate developers coming up with spacious and modern apartments, Thane is growing exponentially”. He further adds that this city with regards to real estate development is as of today competing with top metro cities in relation to standard of living. In fact, from 2010 to 2015 the value of property in the Ghodbunder Road property has grown by 300% i.e. from Rs 3,500 per square feet to 10,500 per square feet.

“Thane is a demanding city, you have to love the city only then will it love you back” commented senior citizen Dattaram Mayekar. He further goes to say that this city shows you reality and not dreams like Mumbai. He also states that what impresses  him the most is how this city possessing minimum water and electricity supply has grown to become a real estate hub. He also added that development of basic amenities such as medical aid and healthcare centers has made life a lot easier for senior citizens like him.

The Thane Municipal Corporation is one of the most politicized and corrupt bodies in the country. And hence  basic civic issues such as the reduction of the number of stray dogs on the streets have not been resolved yet. In addition, because of poor governance that intercity transportation is extremely poor, and needs a lot of improvement. Overall, it is essentially apathy shown by local politicians which has led to poor governance, and which is one of the biggest disadvantages of living in this ‘City of Lakes’.

It would therefore be prudent to keep mind the pros and cons of living in Thane mentioned above before investing in a home situated in ‘The City of Lakes’.