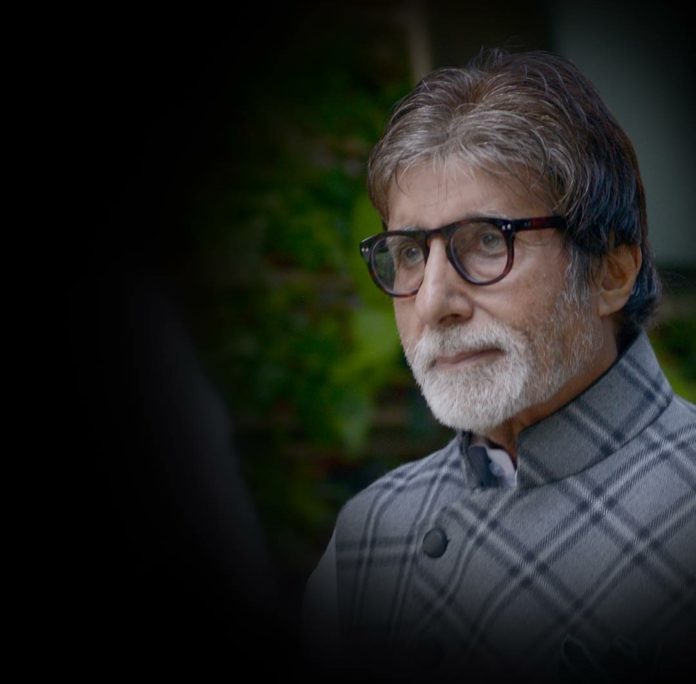 There exists a galaxy of stars in the Hindi Film Industry (aka Bollywood) located in the city of Mumbai. However, the star which shines the brightest, is the ‘Shahenshah’ of the industry who goes by the name Amitabh Bachchan. Now, the question to be asked is, what exactly makes this star better than the rest? So, to answer this question here is presenting a few facts about this megastar of India you need to know.

1. The ‘Shahenshah’ And His Personal Background:

’11th October 1942′ was when this great star was born to great Hindi poet Harivansh Rai Bachchan and Teji Bachchan. He was conceived in Allahabad in the north Indian state of Uttar Pradesh (UP). His father is from UP and mother a Sikh. Furthermore, he did his basic schooling from Sherwood College. He then graduated from Kirori Mal College in New Delhi.  It was in the year 1973, that he married actress Jaya Bahaduri. He had two children who were named Shweta and Abhishek.

2. The ‘Shahenshah’ And His Entry Into ‘Bollywood’:

‘Voice Narration’ for the Mrinal Sen movie ‘Bhuvan Shome’ was this megastar’s first tryst with the movie world. He was then given his ‘Bollywood’ break in Khwaja Ahmed Abbas directed 1969 movie ‘Saat Hindustani’. He followed this decent start with the Hrishikesh Mukherjee directed 1971 movie ‘Anand’. In this movie he gave a strong performance and provided brilliant support to protagonist Rajesh Khanna’s sensitive dying man act. However, real success continued to allude this great actor until the great writing duo ‘Salim-Javed’ spotted his potential, and offered him the lead role in the 1973 film Zanjeer. It was the grand box office success of this movie which not only made him a ‘star’ but also gave him the much hyped ‘Angry Young Man Image’.

3. The ‘Shahenshah’, His New Found Stardom, And Sholay:

It was the success of Zanjeer that elevated the actor to the level of star, and also made him hot property in Bollywood. And so, he began getting many lead roles that were revolving around the ‘Angry Young Man Image’. It was however in 1975, with the release of ‘Deewar’ and ‘Sholay’ that this charismatic actor was catapulted from plain ‘stardom’ to sheer ‘phenomenon’. In fact, Sholay became the highest grossing Indian film during this period. He then was introduced to Manmohan Desai by Salim Khan, who then collaborated with the actor to deliver blockbusters such as Amar Akbar Anthony, Suhaag etc. In addition, during the 1970’s he also acted in successful movies directed by Prakash Mehra such as Zanjeer, Muqaddar Ka Sikandar.

Although, the 1980’s saw the actor taste success with movies such as Yaarana, Ram Balram, Laawaaris, Naseeb, Kaalia, Shakti etc it fizzled towards the end. It was also during this period that he suffered a serious intestinal injury on the sets of Manmohan Desai’s Coolie. He was critically ill for  several months and at one point on the verge of even dying. However, he soon recovered and got back to complete the shooting of Coolie. He then delivered a couple of duds such as Toofan, Jaadugar etc before retiring from films to enter politics.

After his short unhappy stint in politics (which includes his named being dragged into the Bofors scam) this great actor was back onscreen in the 1990’s. During this period he acted in movies such as Khuda Gawah, Hum etc. However, it was his role as a mafia don Vijay Dinanath Chauhan in the movie ‘Agneepath’ directed by Mukul Anand that made an impact. This great performance earned him his first national award. However, as the years passed by the actor struggled to keep in touch with time, and he acted in some real duds such as Mrityudata, Lal Badshah etc. It was also during this period that his production house ‘Amitabh Bachchan Corporation Ltd lost a lot of money hosting the 1996 Miss World pageant, and became bankrupt.

‘Kaun Banega Crorepati’ is the TV show that resurrected this great actor’s career. With daily television having far wider reach this show gave the actor a new lease of life. He then soon after acted in the Aditya Chopra directed love saga ‘Mohabattein’ along with Shah Rukh Khan. From then on there was no stopping the actor as he began to get offered roles that were not only interesting but suited his age. Some popular films during this period include Sarkar series, Black, Paa, Buddha Hoga Tera Baap, Piku, Pink, 102 not out etc. Such is the enthusiasm and passion for movies in this actor that, he still continues to work in them. His current projects include ‘Thugs of Hindustan’ with Aamir Khan and ‘Brahmastra’ with Ranbir Kapoor and Alia Bhatt.

7. The ‘Shahenshah’ And The ‘Angry Young Man Image’:

‘A powerful baritone’ is a characteristic of this actor that really stands out, and which is why the ‘Angry Young Man Image’ created for him by Salim-Javed worked like magic. In addition, his intense eyes, commanding walk, and overall magnetic personality are few other factors in the actor that helped enhance the ‘angry young man image’. Furthermore, his flair for ‘comedy’ and ‘villainy’ in movies such as ‘Namakhalal’ and ‘Parwana’ illustrates his versatility. While, the actor’s smooth and easy dance steps aped by many over the years only adds more charm to his unmatched super stardom.

So, after having won 4 National Awards, Padma Shri, Padma Bhushan, and Padma Vibhushan and with the actor still going strong, here hoping that like ‘Old Wine’  his performances only gets better in years to come.