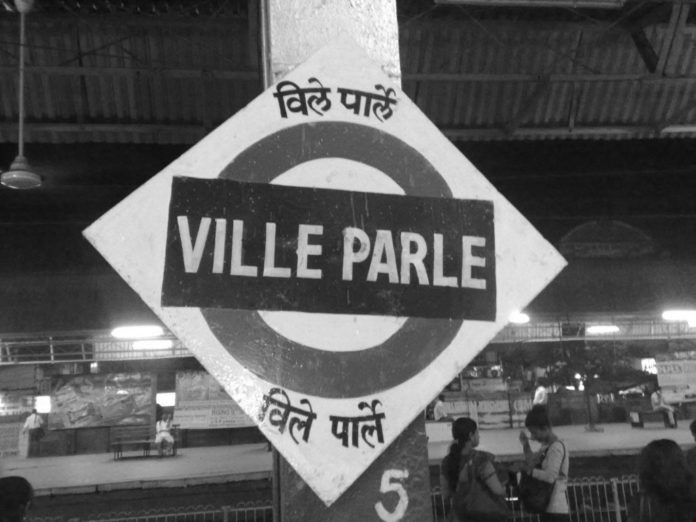 ‘Virleshwar and Parleshwar’ are old temples after which Vile Parle, a popular ‘Western’ Mumbai suburb has been named. It is known for being an area dominated by the local ‘Maharashtrian’ community. Furthermore, this suburb for a number of years was ‘home’ to the famous ‘Parle Factory’, which was eventually shut down in 2016. In close proximity to this suburb, lie Juhu to the West and Santacruz to the South. Furthermore, this suburb along with the Charni Road, Marine Lines, and the Churchgate area is considered to be a ‘major educational centre’ in the city.

a. Essential Facts about Vile Parle:

It was by the fusing of the name of two old temples ‘Virleshwar and Parleshwar’ that this suburb was named Vile Parle. It is renowned for a number of educational institutes managed mainly by the ‘Vile Parle Kelavani Mandal’ and the ‘Parle Tilak Vidyalaya Association’. It is because of the presence of these institutes that this suburb gives out an extremely ‘youthful’ vibe.

The nearest railway station to this suburb is situated in Vile Parle itself. In addition, the closest major station to this suburb on the ‘western line’ is Andheri, which provides  for a few outbound train services. It also provides for the ‘Mumbai Metro Railway Service’ which connects to Ghatkopar in the east of Mumbai and Versova in the west.

There are a number of popular places around Vile Parle. They are as follows:

There are number of colleges such as Mittibhai and the Narsee Monjee Institute of Management Studies (NMIS)  located in this suburb that are extremely popular.

Is a popular auditorium located in the eastern part of this suburb. A number of Marathi plays and musical shows are held over here.

Is yet another popular auditorium wherein renowned Gujarati plays have been performed. An actor of the caliber of Paresh Rawal has regularly performed over here.

There are number of small food shops/stalls such as Lucky Sandwich and Sai Samarth dosa centre located over here that are extremely popular. Some items sold over here include: Marathi delicacies like Vada Pav, Misal, Sabudana Vada, Sabudana Khichadi and Potato Poha.

Is a Hindu shrine dedicated to Lord Ganesh that is extremely, in this suburb, and is visited by large number devotees.

e. The restaurants, hotels and bar/pubs available in Vile Parle?

Some essential facts about Mahalakshmi Temple

Everything You Need To Know About Taraporewala Aquarium