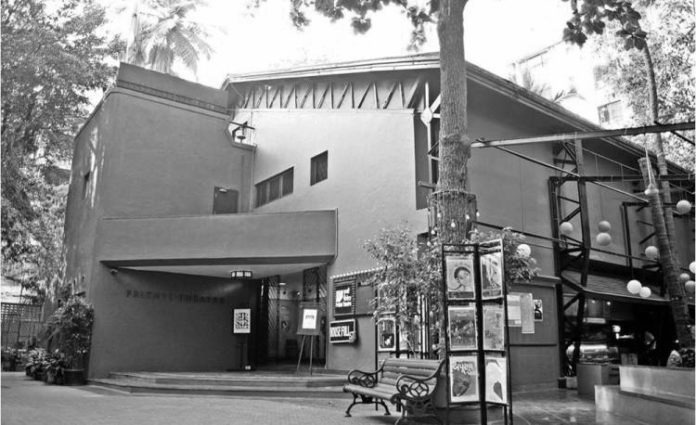 “A creative ambiance” is what the famous Prithvi Theater situated in Mumbai City is renowned for. Situated in a quiet corner in the suburb of Juhu, this theater has for years provided an ideal platform for many young actors/actresses across the city to hone their skills. Furthermore, it has also witnessed some great performances by magnificent theater artists such as Nasseruddin Shah, Om Puri, and Pankaj Kapoor. And so, here is presenting an analysis of Prithvi theater,  to explain why over the years it has become a “landmark to remember” in maximum city.

a. The “Stage” of Prithvi Theater:

Constructed by Shashi Kapoor (and his wife Jennifer) as a tribute to his father Prithviraj Kapoor this theater is known for its stage upon which many great artists have performed. This stage has been constructed (as per Jennifer’s instructions) in such a way that the audience as well as the performing artist can literally feel the presence of one another (the primary need of performing a play), which is extremely unique. In other words, the performing stage has been built specifically for performing plays, making Prithvi the only official theater in the city of Mumbai.

b. The “Café” at Prithvi Theater:

“A piping hot cup of chai (tea)” is the most popular beverage that is served at the café located in the premise of Prithvi Theater.  Comprising of a menu that provides for snack delicacies such as samosas as well a proper meal that includes chicken biryani, this café is known for its quality, and hence attracts a large crowd. In addition, this café is also known for its “Irish Coffee” and for serving exotic items such as Kashmiri tea known as “Kahwa”. However, the stand out feature or the USP of the café is the “cool and relaxed” ambiance that surrounds it.

c. The “Bookshop” at Prithvi Theater:

Located in a corner of the Prithvi Theater complex is a wonderful bookshop. The unique feature of this shop is that it keeps books written in the English as well as the Hindi language. In addition, it consists of books belonging to a variety of genres such as politics, literature, cinema, drama etc. The fact that this bookshop does not keep a single “best seller” is what attracts many avid book readers. Recently, a separate section containing old unsold books (reasonably priced) has been set up at this bookshop.

d. The “Festival” at Prithvi Theater:

A festival celebrating “theater” as an art form is organized at Prithvi every year. It essentially is a one week festival during which a number of drama groups from across the city are invited to perform plays on stage. It also includes a number of wonderful live music performances held on the premise of this theater. In addition, this festival also comprises of a talk show called “Stage Talk” in which artists associated with either theater or cinema are invited to discuss in detail their experiences in the profession of acting.

Another unique feature of Prithvi Theater, are the workshops organized for children. These workshops usually planned during the summer and winter months include sessions involving development of skills such as writing, acting, voice and movement development etc. They are basically conducted by professionals belonging to theater with the intention of encouraging children to fall in love with creative arts. The age limit for attending workshops has been set at 6 to 16 years.

Having frequently visited this theater myself over the last four years, I can confidently say that if “relaxation under an ambiance of creativity” is what one’s after then Prithvi is a landmark in Mumbai that must be visited. 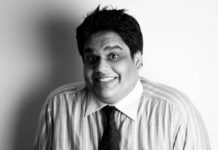 Here Is What’s Special About Powai?